Born in Belgium in 1961, Marleen Lacroix has been intrigued by colours since early childhood.

Marleen’s formal studies began at age 15 after her art teacher recommended she finish secondary school in an art school in Brussels. This led to studying graphic design at The Royal Academy of Fine Arts in Ghent, one of the oldest schools in Belgium, at age of 18. After earning two art degrees and a masters degree in pedagogic studies, Marleen became an art teacher in Belgium where she taught for several years prior to moving to Luxembourg in 1989 .

In 2002, after seeing an exhibition showing the work of British mosaic artist Elaine Goodwin,

Marleen was inspired and became passionate  about  mosaic. Over the next few years Marleen studied mosaic techniques from Elaine Goodwin in London as well as from masters in Ravenna and Spilimbergo. 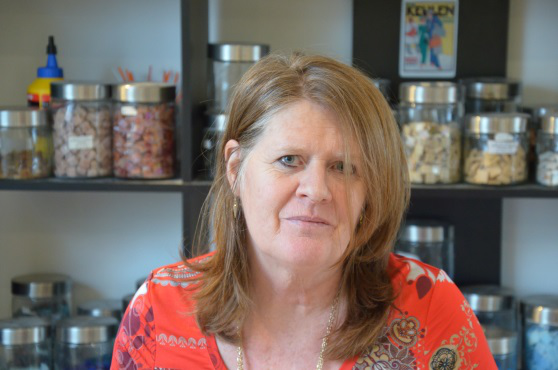